The Flying Spaghetti Monster At Christmas


Flying Spaghetti Monster,
Parent of Christ,
With its noodly appendage,
It gave to him life.
Put upon the earth,
To do its pasta-ry work-y,
And born in a stable,
Right next to a turkey
(Which didn't feature,
In the novelisation,
They ate it later,
'Twas a taste sensation).

(In honour of Boingboing, who, in response to the Kansas School Board's proposal to teach Creationism as a legitimate alternative to the theory of evolution, have offered a $1,000,000 reward for empirical evidence proving that the Flying Spaghetti Monster is not the parent of Christ. More details here.) 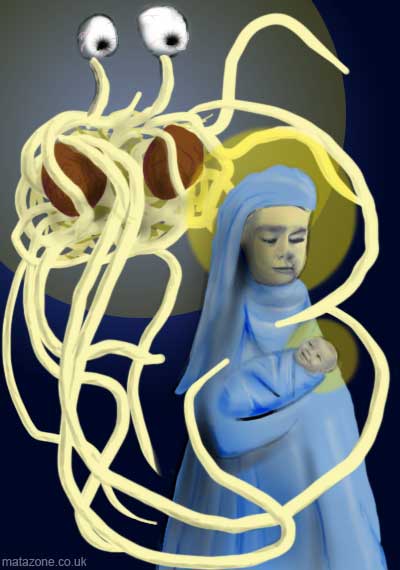